Would you like to learn Rector in depth? The Rector - The Power of Automated Refactoring book is out now. Grab a copy!
April 05, 2021

This feature is available since Rector 0.1.

Until recently, we used doctrine/annotations to parse class annotations that you know @ORM\Entity or @Route. Last 2 weeks, we rewrote this parser from scratch to our custom solution to improve spaces, constants and use static reflection.

During refactoring, the parser got reduced from 6700 lines to just 2700.
What we changed, why, and how can we benefit from a static reflection in annotations?

The doctrine/annotations package has been an excellent help for Rector for the past couple of years. Symfony, Doctrine, JMS, or Gedmo use the same package. We used it to parse the following code to a custom value object:

Here the object was Rector\Doctrine\PhpDoc\Node\Property_\ColumnTagValueNode. This object provided data about all inner values:

That way, we could modify the content, get the value type to add @var string etc. Straightforward object API with method IDE auto-complete. So far, so good?

Ups and Downs of Doctrine Annotations

The problem was that for every such annotation, we had to have a custom object. That means lot of classes: 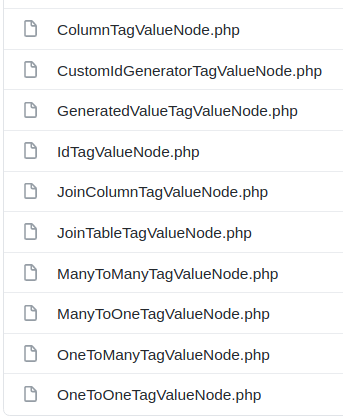 Also, each class had its factory service that mapped annotation class to our custom *TagValueNode. Phew. 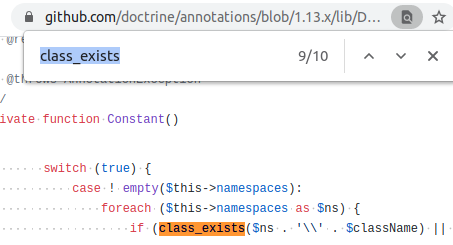 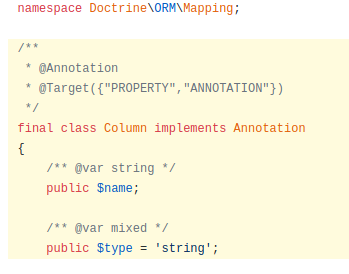 That means the static reflection we added in Rector 0.10 cannot be used here. That means you have to include the annotation classes in your autoloader. It's very confusing.

Constants are Replaced by their Values

The Doctrine parser is used only for reading the values. In Rector, we need to print the docblock back, e.g., change the type from "text" to "number".

That worked most of the time, but what if there was a constant? The constants are replaced by their values right here.

Instead, we need to keep the original value of "self::VALUES", a bare constant reference. To overcome this, we had to create a set of Rector rules that will copy-paste the Doctrine parser class code from /vendor, replace the constant() lines with preserving identifier + value collector and few more ugly hacks.

This solution was terrible, but it did the job.

Last but not least, spaces were completely removed on re-print:

We tried to compensate for this with regular expressions, but it was a very crappy solution.

You may be wondering why we even used doctrine/annotations if it causes so many troubles?

"There are no solutions,
only trade-offs"

The next other solution was using phpdoc-parser from PHPStan. The most advanced docblock parser we now have in PHP. The first downside is that it parses Doctrine annotations as GenericTagValueNode with all values connected to a long string:

Do you need to change "my_entity" to "our_entity"? Use regular expression and good luck.

To make it work, we had to do 2 things: add attributes to the PhpDoc nodes, the same way nikic/php-parser does:

That would enable format-preserving and nested values juggling, which Doctrine Annotations are known.

We proposed the attributes in phpdoc-parser 2 years ago, but it didn't get any traction as phpdoc-parser was also a read-only tool like Doctrine Annotations.

Luckily, it got revived and we contributed attributes on each node a month ago and was released under phpdoc-parser 0.5!

We also needed values of annotation values using a custom lexer based on phpdoc-parser. This parser should:

To make it happen, we had to rewrite DocParser from Doctrine to phpdoc-parser syntax. That included parsing values, arrays, curly arrays with keys, constants, brackets, quotes, and newlines between them. 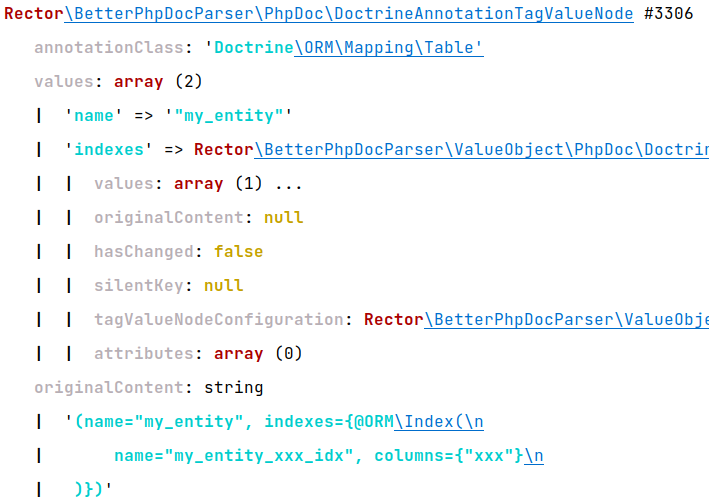 Now every Doctrine-like annotation has:

How does it help the Rector Community?

With static reflection in annotations, now you can refactor old projects that use Doctrine Annotations without loading them.

Refactoring php doc tag nodes is now super easy. E.g., if we wanted to modify @Method from Sensio before this refactoring, we had to create a node class, a factory class, register it, autoload the doctrine annotation in a stub and prepare custom methods for custom properties of that specific class.